Every day from December 1st to December 24th a new surprise update is waiting for you! Last year I took a break because of the relaunch, but now the beloved annual Christmas Specials are back. For 24 days I will draw all kinds of new backgrounds, clothes and other objects to give you more possibilities to build your pictures. The old Christmas Specials can be found here.

And the best part is: YOU can request new items for these updates! Upload them to the Wish Voting gallery and if I like them they will appear there. Then everybody can discuss them. Popular ideas have a high chance to appear in the Christmas Special. But I will also include surprises from older requests which are not in the gallery.

I hope you enjoy the updates! Of course I am happy about feedback, so tell me about your favourites. 🙂

The 10th annual Christmas Special has started! Wow, I am doing this thing for 10 years now… But for those of you who don’t know it yet: I will surprise you with 24 daily updates until Christmas. This means new clothes, hairstyles, backgrounds or any other item for the SP-Studio. This blog post and the front page will be updatet every day and I will keep you informed on Facebook, Instagram and Twitter as well. So make sure to come back to see what’s new. 🙂 And of course I am happy about any feedback. To be honest a comment is way better than a like because it’s something personal and I can work with it. So if you like an update or want to request something special for the future – feel free to write a comment! I usually choose the updates from requests of the past, the Wish Voting Gallery in the forum and my own ideas. The first update is a pet raven and this was a wish by contest winner legobasher. 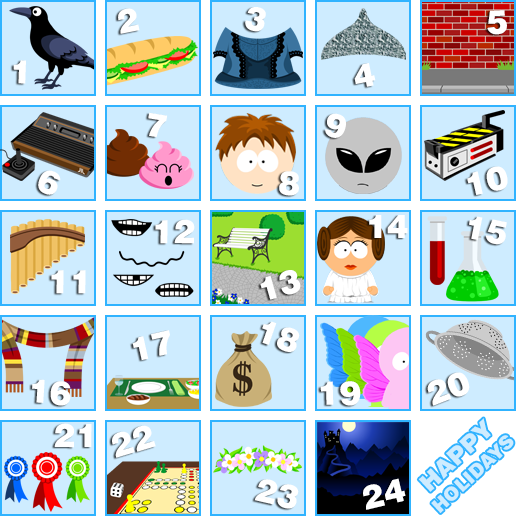 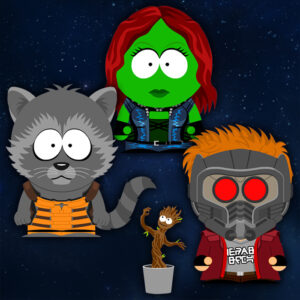 For ages my visitors have asked me for superhero costumes, and now your wish shall be granted. This is the start of a couple of updates with costumes inspired by famous superheroes. For the start I picked the Guardians of the Galaxy, because their second movie runs in theaters just now. This is new:

You might ask for Drax now. I want to split the content in several small updates, so each of them has 3 costumes. Baby Groot was a bonus because it’s no actual costume. So Drax might come later – or other heroes, because there are a ton of them to choose from. Let’s see what will be included next. 🙂 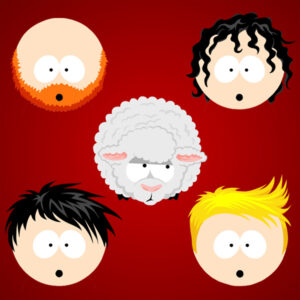 This is a mixed update with 5 new items. They were inspired by fan art (this one) I drew for Rocketbeans’ “T.E.A.R.S.” show. Rocketbeans TV is a German Twitch channel and T.E.A.R.S. is their pen & paper rpg (created by Hauke). After I finished the picture I thought: “Hey, some of those items might be useful for the SP-Studio!”. So here they are: 3 new hairsytles, a beard and a sheep.
And there is another update… I think you will like it :). This was a wish by contest winner Jetpack-guy, but also something I had on my list for a looong time. The order of some layers has changed. Now you can wear ties under vests and jackets if you use the freestyle collection. And shirt motifs will appear under jackets as well if you select them for level 3. In the past ties and shirt motifs always showed up on everything else. 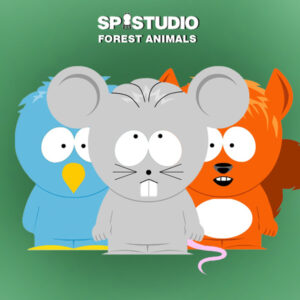 For the third animal related update I included parts of some local forest animals. Most of them were wishes by SP-Studio fans: 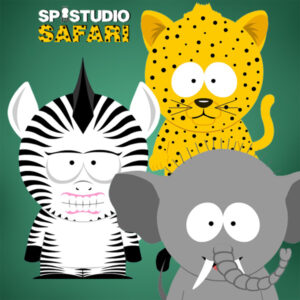 The second “animal month” SP-Studio update includes 8 new body parts inspired by African animals. You can use them to create zebras, cheetahs, elephants… but they are useful for other animal characters as well, like tigers or walruses. Those are the new items:

Which animal parts do you want to see in the upcoming updates for this month? 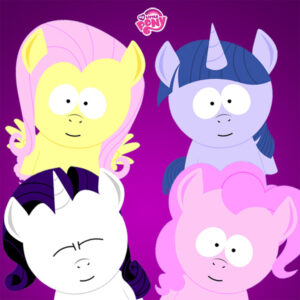 I want to dedicate a whole month of SP-Studio updates to animals, so let’s start with a very popular species: The pony! I included 11 new items inspired by the cartoon My Little Pony: Friendship Is Magic, developed by Lauren Faust.

And as a special bonus: A wallpaper!
I hope this little tribute is a nice addition for all bronies out there and will be useful for other types of animal characters as well. I designed the hair so you can even use it for human characters. You might wonder why there are no unique details like the cutie marks or colorful highlights in the hair. This is because I did not want to just copy one existing pony but rather find interesting parts for creative use. Special thanks to Twilight Sparkle, Fluttershy, Rarity and Pinkie Pie who posed as models :).

July will be dedicated to new background pictures for the SP-Studio, and there will be a vote for your suggestions, so make sure to have a look then :).

This is the fifth annual Christmas Special! From December 1 until December 24 a new SP-Studio object will be revealed every day. Hair-styles, bodyparts, clothes, toys, background pictures… 24 surprises! So keep an eye on the Advent Calendar to be up to date: The first item is a teapot, let’s see what the next days will bring. You can comment here to make suggestions and of course I am always happy about feedback. I hope you enjoy my updates and have a great time with this Advent Calendar!