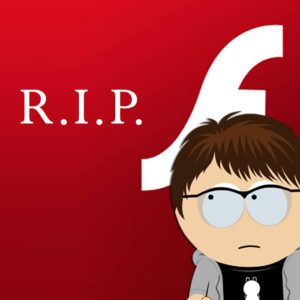 It has been one month since I told you about the bad sitution of my website and it’s time for another update. I received many questions, so this will be a F.A.Q. post about the future of the SP-Studio. Feel free to ask anything else in the comments!

The SP-Studio is coded in Flash. But Flash is slowly dying, so the SP-Studio will not work anymore on your computer. To save it a new version is needed which does not rely on Flash. Though I can use my old drawings the whole coding needs to be redone in a way that’s save for the future. This project will be time consuming and expensive. In January I wrote this blog post to ask for your financial support to save the SP-Studio. Since I don’t charge you for anything this is the only way to pay for this. Donations are possible via PayPal or Patreon.

Yes, it will survive in some shape. As explained in a previous post because of the financial support of amazing SP-Studio fans the minimum goal has been reached, which makes it possible for me to continue. Thank you so much, you are the best! Just a small amount of my visitors donated yet, but that made their help even more important. During January the minimum goal of 600 $ was reached. So it is save that there will be a SP-Studio in the future. But if it can offer the same amount of features still depends on the support during the next couple of months. And with the current funding it will take very long to finish it. So sharing and donating still is very important. I hope some of those who have used my website for free during the past 15 years might still join in.

3) When will the SP-Studio remake be online?

It is a huge project and since I will have to work on my real job as well it is difficult to estimate a date yet. I hope for a release in late summer, but if it takes more time it will come later. Update: After understanding the amount of work that’s needed a release in late 2019 or even 2020 is more likely. But less donations mean it will take more time.

4) Can I have a look at it before it’s finished?

This is possible – as a thank you to those who help the SP-Studio to survive. My Patreon supporters get special rewards, depending on their monthly pledge. For example there are polls about the next content updates and they can even get a personal drawing. Since the feedback of the people who actually support me is the most important one, as a Patron you will see first what the SP-Studio remake will look like. For 2$ per month you can be part of this group and discuss the plans for the remake. If you sent me a PayPal donation instead and don’t want to miss out on this please write me a message and I will keep you informed via e-mail from now on.

The SP-Studio needs to change from Flash to HTML5/JavaScript, because Flash will not work anymore. So the whole coding and the user interface will change. Very friendly developers offered me help, which is a huge relieve for me, because I have no experience with JavaScript. I will try my best to learn the things I need to know. My goal is to keep all the features you love and even improve them. This part still depends on the financial support during the next couple of months. But most items will stay, that’s for sure! Since I needed over 15 years to draw all of these it would be stupid to get rid of them without a good reason. 🙂 There will be small changes though. Since some drawings are very old I want to improve them. And a couple of items will be removed for copyright reasons (mainly band shirts and brand logos) in the SP-Studio remake. There will be new items to make up for the ones I delete.

6) Will the website (beside the SP-Studio itself) stay the same?

Yes. The front page layout might change a bit, but that’s it. I want to put all of my time into the SP-Studio itself. The blog and forum will stay the same and the monthly picture contests will continue. Update: The forum software will change, because it is outdated. But this happans before the launch of the SP-Studio remake.

Yes. No matter how the SP-Studio remake might look like, the old SP-Studio will stay as well and you can still use it as long as Flash runs on your computer. But as soon as the new version will be released there will be no more updates for the Flash version.

8) Will the South Park style stay in the new version?

After I went through the results of the survey and thought about what I’d prefer to do I decided I will change the character design slightly. I wrote a detailed blog post about the reasons. No donations will be used for this redesign of the characters because this became a thing after I started the funding capaign and I did not ask you to give me money for this. And what’s important: The classic South Park version will stay online in addition to the new one! I want to upload a HTML5/JavaScript version for it as well to save its future. So South Park fans can still use the version they prefer. There will never be a version with both styles though, because I cannot update both and it would not be possible to combine the single parts. Please see the last question for more information on this topic.

9) Will the name SP-Studio stay?

Yes. I won’t change the domain/name, because it has been established for 15 years. And since 95% of my illustrations will stay the same the SP-Studio remake is not a completely different thing. Perhaps I will call the new version “SP-Studio 2” or something like that in the title, but I haven’t decided about it yet. Send me your ideas. 🙂

10) Will there be a mobile version?

Yes, the new HTML5/JavaScript version will work in your smartphone’s browser and I will make the new UI touch friendly. I haven’t decided about an actual app for the app store yet. This wasn’t possible with South Park characters because of the copyrights. But if I change the style slightly to unique characters an app would be an option for the future. Perhaps next year. The SP-Studio will always stay free to use, but there will be ads to help me pay for its maintenance.

11) Will there be more export options?

I hope so. Many of you asked for .png export and I will try to find out if this is possible.

12) Will there be more options to customize my picture?

My goal is to make it possible to select your own colors for more items and to include completly new features to give you more freedom in your creativity. But this depends on the technical possibilities, so like with the export options I cannot promise anything yet at this early state.

13) Will the SP-Studio remake be as easy to use as it is now?

Yes. In the survey this was the most important point for my visitors, so I will make sure the remake will be as easy to use as the current version. There are two groups of people who use the SP-Studio: Those who just want to build a character as quickly as possible and those who want to play with the single parts of the picture and customize it. I want to improve the usability and fun for both groups.

14) Can we have multiple body shapes now?

No, unfortunately it is the same situation as with the current version. Different shapes mean I’d have to draw all the clothes multiple times because I want them to look good and don’t just stretch them automatically. I won’t do this, because I prefer one version with many items instead of two versions with less items. It’s very inefficient to have different body shapes. The SP-Studio is mainly loved because it offers a huge amount of different items you can freely combine and I want to keep it this way. I am sure this is what’s best. People who suggest a second body shapes usually don’t realize this means half as many updates.
A German version of this blog post can be found here: Planearium.de