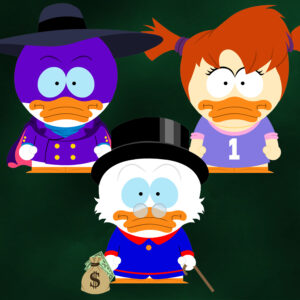 It has been a while since the last one because I mainly worked on the SP-Studio remake lately, but here it is: The second update inspired by 80s (and a little bit 90s…) cartoons! This time I added costumes for three main characters from the Disney cartoons DuckTales and Darkwing Duck.

The topic for this update was chosen in a poll by my 5€+ Patrons. Let’s see which classic cartoon costumes will come next… 🙂