Yes its time for a topic on the man of steel himself: Superman!!!
what do u have to say about the classic movies and how do u think people have gone off superman,
with the reboot man of steel's trailer being released what do u think: 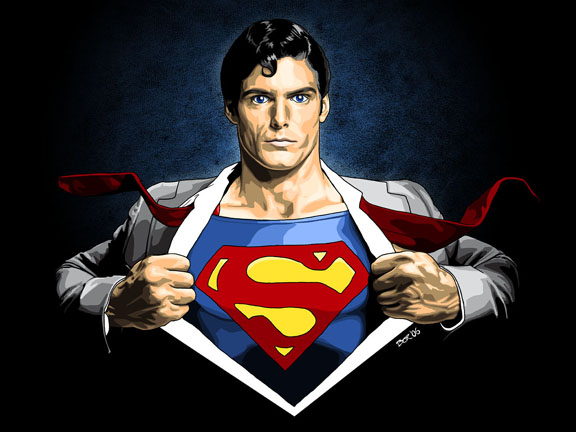 I always thought Batman was more interesting. Superman is just.. too perfect. There is not much that can hurt him and I prefer the darker atmosphere of the Batman movies. And the villains. I watched the old Superman movies and thought they were okay (the first one is my favorite(, but not the remake. There was this tv show, the adventures of Lois and Clark... a friend of mine was a HUGE fan. It was not bad and I watched it for some time, but again it did not manage to become ony of my favorites.

But I cannot say anything about the comic books, because I only know the movies

. The new trailer looks good, but I might only watch this movie on DVD.

Superman is my favourite superhero, if you couldn't already tell. There's a part of him that just intrigues me, and that's the idea that even though he's from another planet, he's probably the most human Superhero out there, he just happens to have superpowers.

jabels can u give me a link to the man of steel footage please?

here's me on the last day of school this year...

i got up in the middle of my English class (with my friend playing the superman music from her phone) ripped open my shirt and ran out the class. Everyone was in hysterics.

I've recently looked into the superman curse,
in case you don't what it is, its the theory that any actor who played
superman, has a large amount of bad luck come onto them.
the main victims of this are:

George Reeves (the actor who played superman in the 50s tv show.) shot
and killed himself.

Christopher Reeve (The actor who played Superman in the movies.) was in an accident
when horse riding which left him paralysed and led to his death in 2004.

What do you think of the idea that this "curse" was put on by Jerry Siegel who boycotted
the first movie's release.

What do you think of the curse as a whole?

Much like Tutankhamon's curse, I think it's just an unfortunate coincidence.

Man of Steel, the Superman film that features a guy who looks like Superman, sounds like Superman, and does some real Superman shit. I thought the movie was fantastic and I can't wait to see it again.

I just got back from Man Of Steel....and I gotta say... I LOVED IT
Chuck Norris can't breath underwater....water wouldn't dare to take oxygen from Chuck Norris
-Someone who knows the truth

I REALLY enjoyed the action, because this looked like I expect a Superman fight to look like. I would even say: Best Action sequences of a superhero movie so far. Snyder knows how to make things look nice. Every single scene in this movie looks like a piece of art.

And I liked how they described Superman's childhood... how he had to learn how to deal with his powers. There were several interesting ideas in this movie and sometimes I got the feeling "this is a Nolan idea for sure". Well, maybe I'm wrong, that's just how it felt.

What I didn't like - and that's something I already knew from 300 - was the really bad dialogue. The people in Snyder's movie don't act like real people, it's all an epic show with tons of pathos and dumb lines. That's appealing in some way, but it lacks intelligence and substance.

So even if they can't hold up to this movie optically I still prefer Nolan's Batman and the Avengers / Iron Man. Nolan's Batman movies were well written and clever. And the Avengers are more fun, because they don't take themselves so seriosly. Superman just looks really good (the movie of course...

But I am looking forward to how they do the Batman crossover.